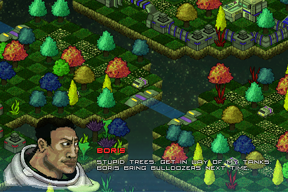 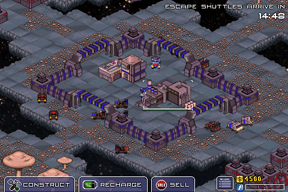 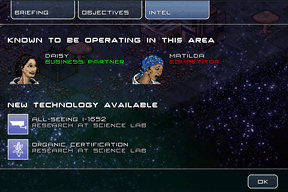 THE STORY SO FAR

The year is 2314. When a tiny asteroid falls to earth in the middle of the Pacific Ocean, it brings with it a MYSTERIOUS ALIEN VIRUS. Over the next few months, farmers and scientists around the world begin to notice a curious phenomenon - mushrooms are turning black, and dying!

Now, a cabal of the world's most powerful restaurateurs meet in secret. Their goal - to create a private space programme to seek out new supplies of mushrooms, wherever they may be found!

Space Harvest is a real-time strategy game for iPod touch and iPhone available now in the iTunes App Store.

Players take the role of an intergalactic mushroom picker, setting up operations to harvest mushrooms that grow mysterious asteroids on the other side of the galaxy.

Players establish a base, and send out mushroom harvesters to collect mushrooms - each load they bring back will earn them credits. Credits can be spent on new buildings and technology upgrades, as well as defensive forces to protect against rival mushroom gathers.

Space Harvest was inspired by the golden age of 2D-PC games, and features crisp retro graphics, fun sound effects, and possibly the daftest premise in the history of real-time strategy!

Some information about the open source libraries used to create Space Harvest appears on the credits page.

Space Harvest is a game made by Ben Copsey.